In fact, in some cases, traffic volumes on One Lane From Two Lanes streets actually go up slightly, thereby proving that motorists, once they are used to it, like to drive one-lane-in-each-direction streets. The parallel benefits, of course, are that such streets are pleasanter to live on and safer for adults and school children to walk across at intersections.

Another benefit is that the newly freed lane can be used for a variety of desirable purposes, such as bike lanes or buffer zones that make it easier and safer for neighborhood residents to get in and out of their parked cars.

Perhaps a new motto for these streets should be: One Lane From Two Lanes – Same Number of Cars – Pleasanter and Safer Neighborhoods.

Study the chart below of ADT (Average Daily Trips) on streets Before and After they were changed to One Lane From Two Lanes. On eight streets traffic volumes went down slightly, on seven streets up slightly, and on six no reported change.

Please notice that Nevada Avenue through the Old North End carries about 16,000 ADT and Cascade Avenue 10,000. Many of the streets on the chart are successfully carrying much higher volumes on one-lane-in-each-direction streets. 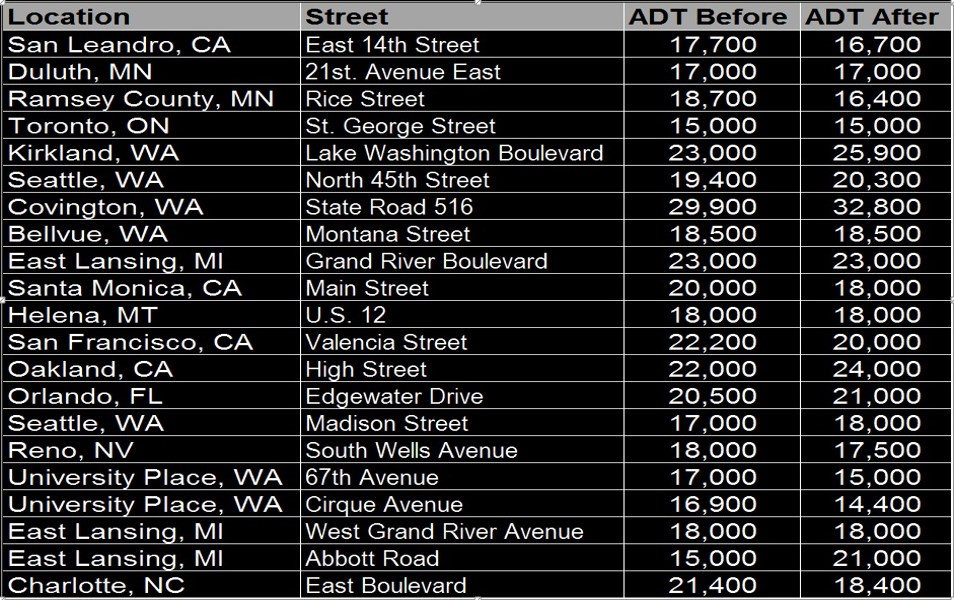