Mountain Metro Transit, Colorado Springs’ Bus Service announced their proposed changes for Fall 2016 to be implemented in September. This proposes two options for the routes through ONEN: 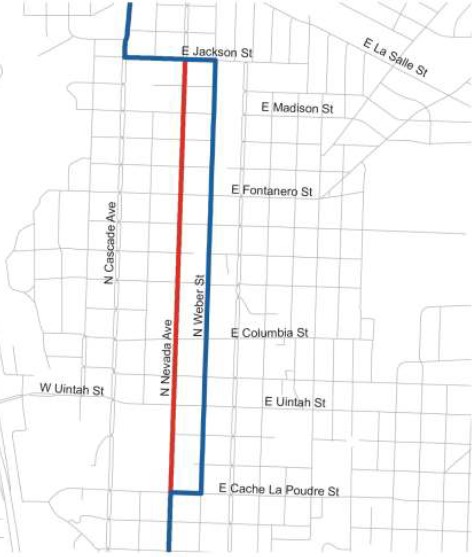 The Nevada/Weber option keeps route 9 (UCCS) on Nevada and moves route 19 (Park-and-Ride by University Village Shopping Center) to Weber Avenue. Although there are some merits to this option (keeps a direct route downtown and a route closer to the Bon Shopping Center), the committee feels these objectives are better served by option 2. In the opinion of the ONEN Transit Committee, the only perceived advantage of this option is the assumption that the two routes are close enough together to still function as a combined 15-minute service through the Old North End. This assumption is yet to be proven.

Besides the fact that Weber and Nevada ranked 3rd and 4th out of the four (4) north-south minor arterial roads by the analysis of the ONEN Transit Committee, disadvantages of this option include: 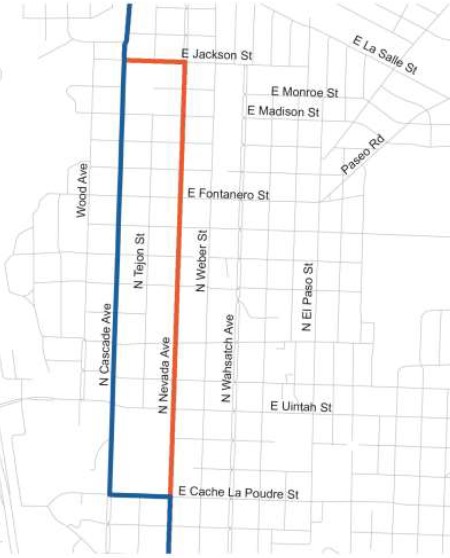 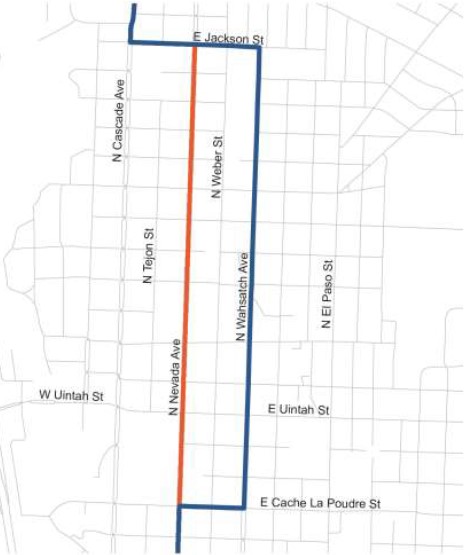 This option is the plan created by the ONEN Transit Committee after a thorough analysis of the best north-south minor arterial streets for buses through our neighborhood. This analysis considered many criteria including:

Wahsatch and Cascade scored 1st and 2nd out of the four (4) possible streets. This is the basis for the ONEN Bus Plan and has the following advantages over the Nevada/Weber option:

As stated before, the earlier analysis performed by the ONEN Transit committee (made up of representatives from all four north-south minor arterial streets) ranked these streets as follows: 1) Wasatch Avenue, 2) Cascade Avenue, 3) Weber Street, and 4) Nevada Avenue. Option 1 (Weber/Nevada) uses the worst two streets according to our analysis. While option 2, the choice of the ONEN Transit Committee, uses the top two streets. Below is a table comparing the pros and cons of the two options:

Please tell the City you agree with the ONEN Transit Committee by signing the petition below and sending your comments to transitinfo@springsgov.com